At the age of 13 Mark was introverted, withdrawn, had zero confidence and all the different forms of dyslexia you can have. I left my home in Scotland to attend a special school in Sussex, England called ‘Frewen College’ (Previously Brickwall House).

Never did I realise that this school would be the turning point in my life! I spent 5 years being taught in a way that I could understand.

Learning and developing, being treated with such care, kindness, trust and respect from the teachers as well as my fellow pupils, I found self-belief and intelligence that I never knew I had! 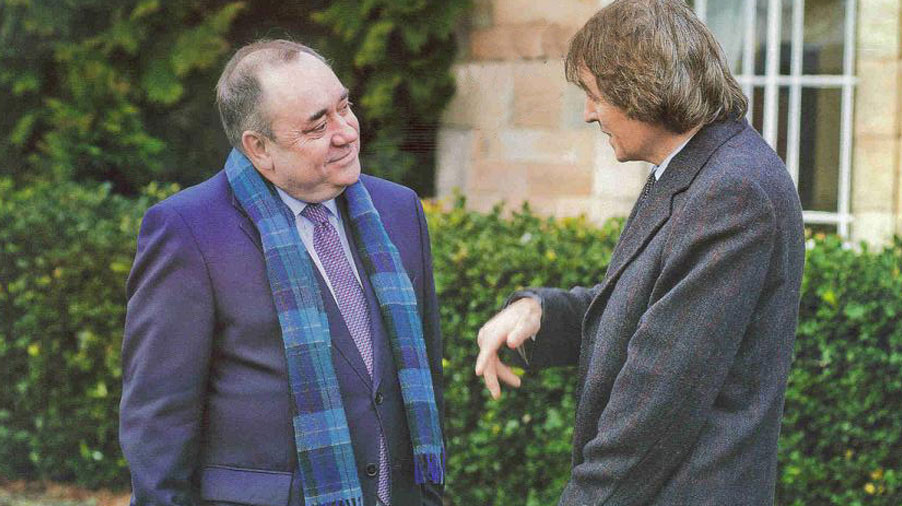 At 18, I left with the confidence and desire to achieve and cope with my dyslexic symptoms. It was at the age of 32, after returning home from a holiday in Kenya, that I was inspired by a vision of a hippo in the water; the rest is history.

My sincere tributes of appreciation go to those people who have helped me along the way and are still helping me to this day!

Mark is an avid supporter of Dyslexia Scotland and the work that they do in helping people with Dyslexia, a subject very close to Mark’s heart. Mark was honoured to receive an invitation from Alex Salmond, First Minister of Scotland, to attend a reception at Edinburgh Castle to celebrate the work of Dyslexia Scotland.

Dyslexia Scotland is based in Stirling with a network of volunteer-led branches in Scotland. It is a registered charity (SCO 00951) which aims to enable people with dyslexia, regardless of age and ability, to reach their potential in education, employment and life. Mark Stoddart is one of the charity’s valued Ambassadors who help the charity to raise awareness about dyslexia and the work of Dyslexia Scotland.